For a long time, the Japanese have maintained a reputation for their unique natural ornamental plant tradition and spirituality. Therefore, it is not very surprising that the origin of kokedama can be traced back to the Japanese’s Bonsai planting culture.

Kokedama developed as a new style of gardening away from one of the Bonsai methods called Ne-arai. The Japanese bonsai are living miniature trees usually placed on handcrafted driftwood pieces or pottery. They embody the art of transience and imperfection, which the people found aesthetic and called Wabi-Sabi.

Bonsai and kokedamas reflect the principles of Wabi-sabi with features such as simplicity, warmth, irregularity, earthiness, roughness, naturality, and acceptance. All of these combine to form the Japanese’s well-appreciated aesthetics and their belief in the imperfections of nature.

Kokedama is literally translated as “moss ball” in the Japanese language. Koke means moss while dama means ball. A typical kokedama moss ball plant is a living plant sculpture with its roots suspended in a ball of soil wrapped with moss.

Traditionally, the roots of a plant are taken after they have formed compactly with soil and then covered with green or sphagnum moss forming a spectacular looking ball that doubles as both a plant and a decorative piece.

Kokedama is often called the poor man’s bonsai or the lazy man’s bonsai because it requires a lot less attention than the traditional bonsai. It is formed using Akadama soil and peat or keto, which is moulded into a spherical shape.

Once the ball is set, you can then transfer the plant by creating a hole in the soil. Next, the soil is wrapped in moss and placed in a tray as a form of indoor decor. For countries with drier climates, the sphagnum moss is usually more preferable to green moss.

Nowadays, there is hardly the need for the plant’s root to be bound before it is transferred into a ball of moss wrapped soil. Some people also thread colourful threads or wire around the moss ball to add to its beauty.

Another adaptation of the traditional kokedama is creating the string garden incorporating a lot of different plant types that are suspended in the air in beautiful green moss balls.

These are referred to as Hanging string Gardens because the balls are held hanging from strings.

The art of kokedama is beyond simply planting for interior decoration for homes and corporate spaces. It has both spiritual and health significance, among others.

According to the Japanese, the green ball of moss is translated as maternal love and charity. The spherical shape of the ball is believed to add credence to the plant’s naturality while creating peacefulness and the Zen spirit.

Using kokedama is also a practice that supports sustainability. The elimination of plastic flower pots, which is now replaced with moss balls, is an eco-friendly attribute that translates to less plastic use. Even decorative twines used to wrap the moss balls are bi degradable making it more sustainable.

Difference Between Bonsai and Kokedama

While bonsai are miniature trees that are mainly placed outdoors, kokedama plants are traditionally indoor plants. However, both bonsai and kokedama have very similar features that they are often referred to as sisters. The gardening method of wrapping roots in moss instead of pots has evolved dramatically over the years. 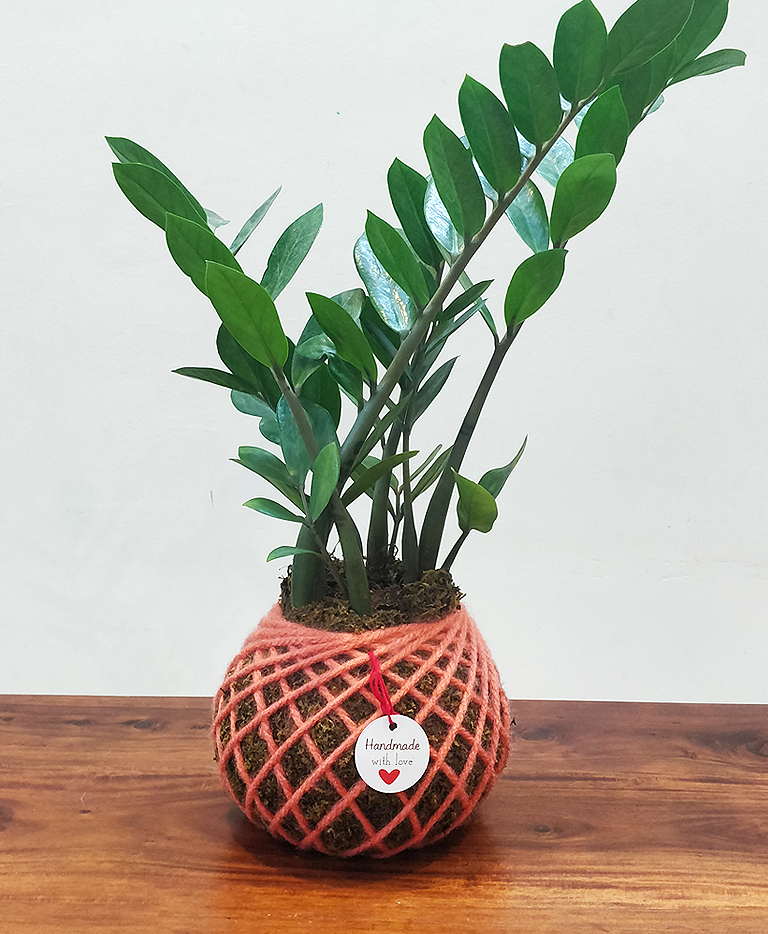