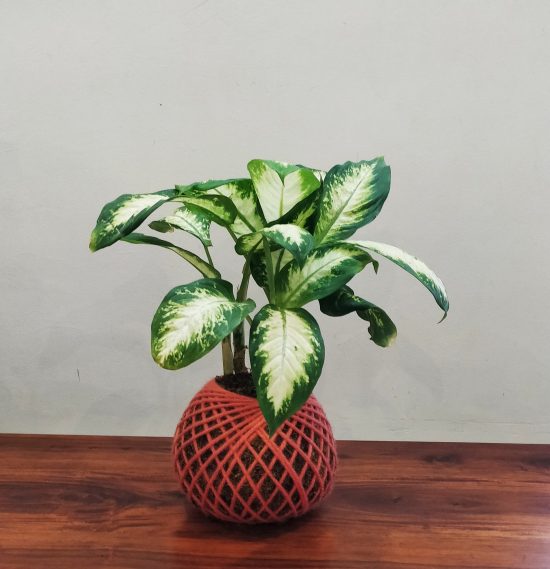 Super gorgeous indoor decor plant which has a lot of tell tales attached to it. Combined with its minimal care requirement, the Dieffenbachia’s colour combination adds life to any indoor space.

The product photographs are indicative in nature. While we will do our best to match the picture, the size of the moss ball may vary in shape and size as it is handmade each time. Similarly, the plants may vary in its size and texture depending upon the available stock. Hence, the Kokedama will be similar to the picture, but not identical.
Print
Email to a Friend

Also known as the Dumbcane Plant, the Dieffenbachia maculata is native to tropical America and some parts of the Caribbean islands. It is a specie of the dieffenbachia and a perennial plant with oblong, pointed leaves. The plant has variegated leaves which are often green with white and cream coloured patches. Dieffenbachias are planted for their highly decorative foliage. The plant can grow up to 3 feet tall in a conducive environment, and its cane like leaves are thick.

Dieffenbachias are very easy to grow. They have an exciting personality due to their leaves which tend to stand upright while spreading a little. The plant is branchless but can sometimes produce flowers and bear fruits resembling red berries. It was named dumbcane because it contains raphides which are crystals resembling needles. The plant produces raphides when its cell walls are damaged. When these microscopic structures are ingested, they can cause the victim to have a swollen mouth and be unable to talk hence the name dumbcane.

There are no reviews yet.

Kokedama size depends on the plant or succulent you choose. Typically, a plant height varies from 8 to 18 inches, while a succulent size varies from 3 to 5 inches. 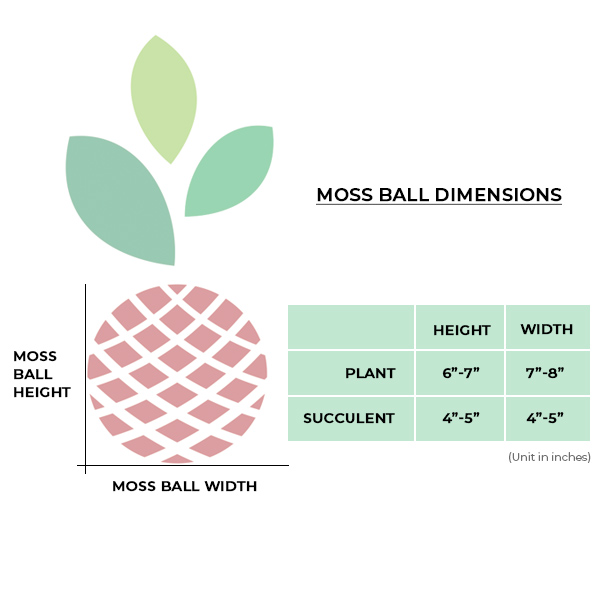